How to get to ECT* 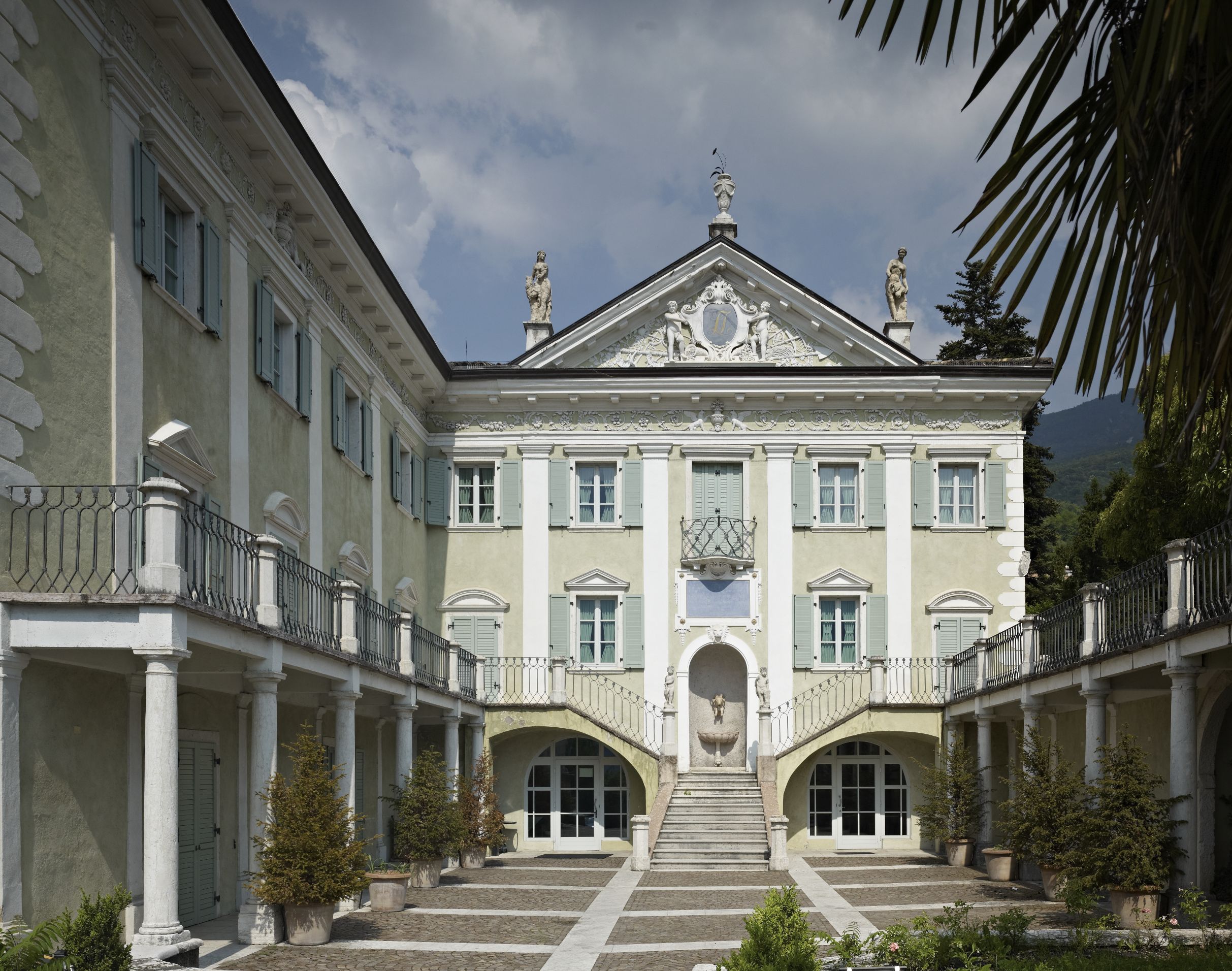 ECT* is located in Villazzano, a small village in the suburb of Trento, the capital of the Autonomous Region of Trentino and Alto Adige and the Autonomous Province of Trentino. The site is known to locals as "Villa Tambosi", which is the name of the late XVIII century villa where the ECT* is based.

By airplane. The nearest airports, in order of proximity, are Verona, Brescia, Bergamo, Venice, Milan and Bologna. In order of importance, the list is basically reversed, being Milan, Venice, Bologna, Verona, Bergamo and Brescia. Usually, once at the airport, one continues to Trento taking a train (see below) from the nearest station. Notice that in this case we strongly recommend to purchase tickets at the railway-ticket offices in the airport upon arrival, in order to avoid lines at the railway station.

Milan. Milan has two international airports: Linate (mostly for European and internal flights) and La Malpensa (mostly for overseas flights). Once at the airport there is a bus shuttle service to Milano Centrale railway station (about 25 min. from Linate and 1 hr 15 min. from La Malpensa). From there one can take a train to Trento via Verona (high-speed trains to Verona are available). Some trains are direct; you may also consider the possibility to catch a train to Verona and from there another one to Trento.
Venice. Venice has an international airport (Marco Polo) located in the nearby city of Mestre. Once there, a bus service to the railway station in Mestre (25 minutes) is provided; from there you can catch a train to Trento via Verona, or alternatively, the direct Valsugana line to Trento.
Bologna. Bologna features a relatively big airport (Guglielmo Marconi). There is a bus shuttle to the railway station from where there are direct high-speed trains to Verona/Trento (Freccia Rossa o Argento) which is the main advantage for landing here.
Verona. Verona international airport Valerio Catullo, has daily flights to and from many European cities including Paris, London, Munich and Barcellona, as well as several flights to Rome and other major Italian cities. Once at the airport, there is a bus shuttle service to Verona railway station Porta Nuova (there is also the possibility to go there by taxi for about 20 euro). From there, there are trains to Trento every 60 minutes. This is probably the most convenient airport for reaching Trento, and overseas travellers should consider the possibility to fly to Verona via London (Gatwick), Paris, Munich, Brussels, Amsterdam, Madrid, Barcelona, Vienna, Rome, or Frankfurt.
Bergamo/Brescia. Bergamo (Il Caravaggio) and Brescia (Gabriele D'Annunzio) airports, are small airports which provide slots for cheap flight carriers from and to several European cities. A bus shuttle to the railway station of Bergamo and Brescia is provided. Next one can catch a train to Trento via Verona.

By bus. When exiting the railway station, you will see a park in front of you, called Giardini Piazza Dante. Walk straight across the park and you reach via Alfieri. The bus stop for bus No.6 is on the opposite side of via Alfieri. (Do NOT take bus No.6 on the landing in front of the station. That bus goes in the wrong direction.) Take bus No.6 and get off the bus in Villazzano at the "Villa Tambosi" stop, which is immediately after a roundabout. The entrance to the Centre is the first gate on your right. The service starts between 5 a.m. and 7 a.m., and finishes between 7.30 p.m. and 10.30 p.m. Timetables and itineraries are listed at the bus-stops. Tickets must be purchased at a tobacconist or in the newspaper shop in the station (a single ticket costs Eu. 1.20).

By train. At Trento central station take the train heading Bassano del Grappa (Valsugana line) and exit at the third stop ("Villazzano"). This train depart  from either platform 1 or platform 1 TS ("Tronco Sud"). The centre is 200 meters on your right. Notice that you can take this train even with the bus ticket (remember to validate the ticket on the platform)